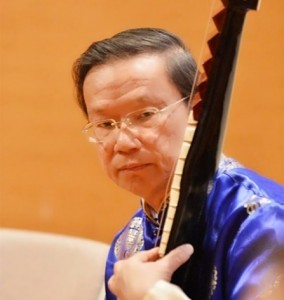 Graduated from China Conservatory of Music in 60’s.

A Senior musician and educator. Wu was a pipa player in the ShangHai Opra & Dance Drama Theater and the Chinese ensemble of the Shanghai Acrobatic Troupe. With these groups, he performed in many countries, including France, Germany,and Japan, and was invited to make a record in Turkey in 1973.

As the Deputy Secretary-General of Chinese Orchestral Music, Wu has offered guidance to the Huayun Orchestra since 2012 and is recognized as a major contributor to the band’s development.